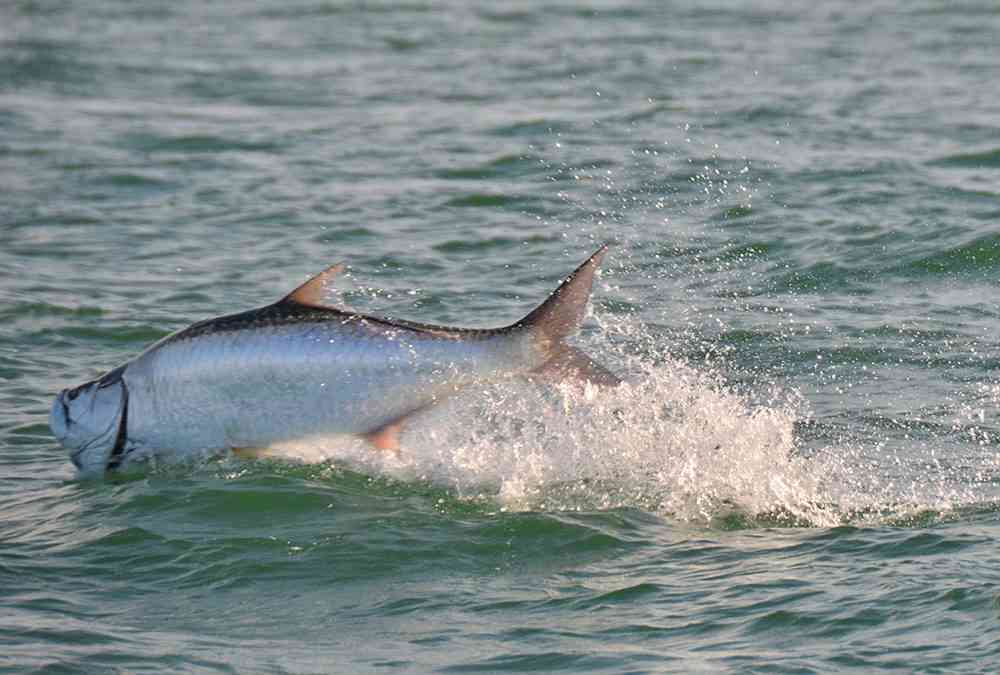 In Murrells Inlet, tarpon fishing has already started, but the big influx is still inbound. In this, there is no better time to prepare for your epic battle than right now!

When To Expect Tarpon

Generally, tarpon fishing gets started in June and can last until October. The end of the season will pretty much come down to the onset of winter and the water temps at that time. Tarpon migrates to stay within a comfortable zone, which just so happens to occur here in Murrels Inlet during the summer through fall.

This year, tarpon are already in the area – success really depends on finding bait and getting in the right location at the right time. That is about to change however as August will start to ring n the peak of the local season and targeted these beats will become a daily occurrence.

Alongside, right now we have the unique opportunity to target bull reds while hunting for tarpon. In this, right now is one of the best times to be on the water in the area.

Facts About The mIgration

The tarpon migration starts as far south as South America. here in the US, we start tracking the migration as they make their way north out of the Florida Keys. This is something that is already happening this year and is usually timed with the onset of summer and water temps down south becoming too warm.

At the same time, this species is heading out to spawn. So, between the mix of long travels and the energy required for spawning – tarpon show up hungry and ready to eat.

They can usually be found trailing schools of baitfish and be seen in groups of tens to hundreds. They can be spotted rolling at the surface or exploding on a school of bait. These baitfish will also be looking for cover. So, they generally wind up inside the backcountry of Winyah Bay.

This coastal estuary system is a healthy inshore fishery that draws in many species of gamefish, but tarpon will swing inside of these backwaters just the same. This is the best way to go after tarpon while in the Murrels Inlet area.

These types of charters fill fast and we are already underway with them. It is best to reserve early for the season. You can see how to do that, as well as real-time availability, on our reservations page.