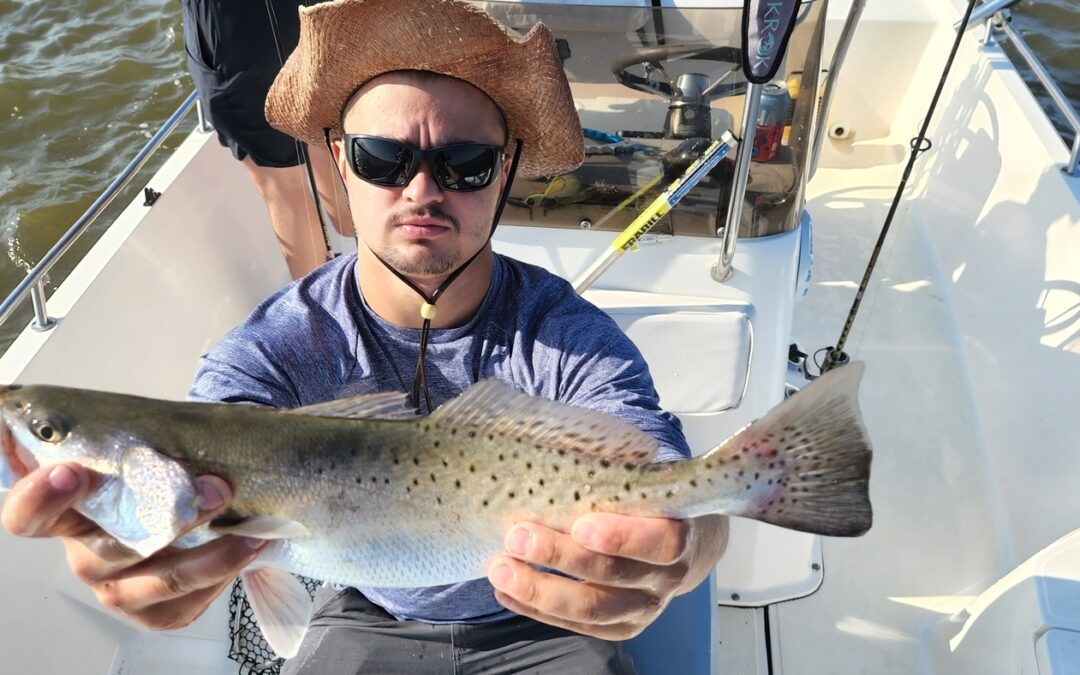 It’s all happening here in Myrtle Beach, South Carolina. We had a great week of fishing with moderate tides and a waxing moon. This week gave us our first shot at a tarpon for the year, and we did well on light tackle with multiple inshore slams!

This is the time of year that baitfish begin to flood the marshes and bays from Myrtle Beach to Pawleys Island. Up until this week, we have been fishing with three inch pogies (menhaden). Finger mullet are now available, and we have been looking for the shrimp to show up. If you can catch live shrimp in Winyah Bay, you have the gold standard of bait.

Some inshore fishing guides do not look forward to catching live shrimp for several reasons. It takes time to locate them, and many guides would rather take their chances with other baits than spend the time it takes to catch shrimp. It also takes a lot of work as you may have to throw the cast net many times to catch enough for bait. One of the biggest grumbles is how dirty the boat gets from debris caught in the net along with the shrimp.

This past week, I spent some of my free time searching various spots to see if the shrimp had shown up. I am so happy to say I found them! If I am light tackle fishing, and I can use live shrimp… you better believe I will be making the effort to catch some. 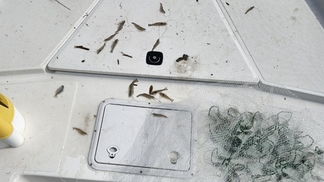 I had one full day trip this week where my clients were willing to patiently commit to try for a tarpon in the afternoon. After catching bait, we arrived at the first spot to see that someone was already there. I took the long way to another spot so we would not disturb the area where the other anglers were fishing.

My next best choice was a spot where we set up as the tide was just beginning to work in our favor. After a couple of hours and getting the baits how I wanted them, we had one in the spread! This was one of the few times I was actually able to see the tarpon cruising among our baits trying to choose which one he wanted. The fish finally hit the center line without getting the hook; but man it is looking like a promising start to the South Carolina tarpon season!

We have a few spots left for the month of June. As you can see above, I’m willing to do what it takes for having the best chances of a successful day’s fishing. Whether you are a skilled angler or a novice, I will do my best to tailor the day based on your needs. If you are looking to get out there give us a call to book today 843-485-7424