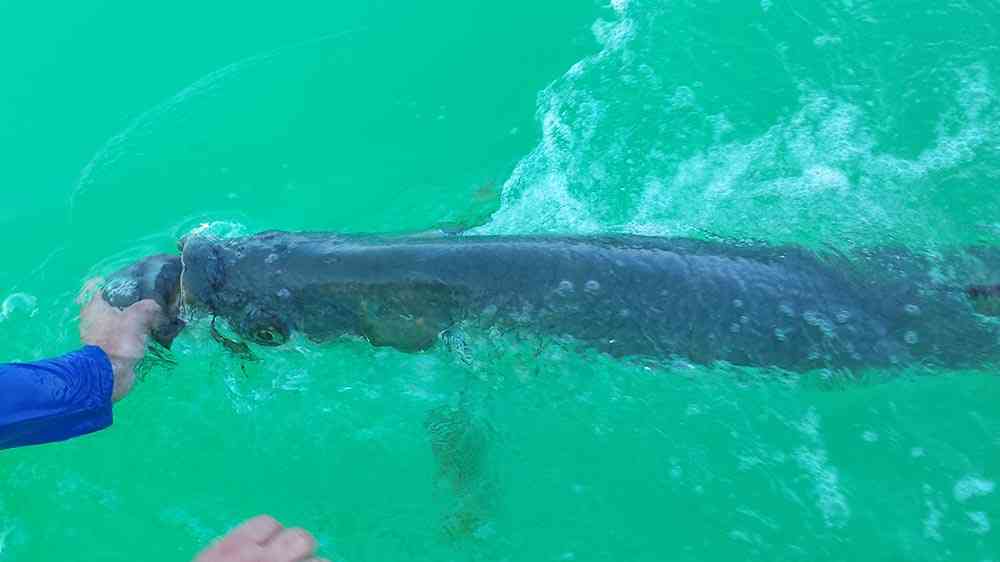 If you’re on the hunt for one of the most exciting and sought-after inshore gamefish species along the South Carolina coast – tarpon is it. From Myrtle Beach, the tarpon season marks a time where many hit the water for their shot at The Silver King.

What brings them to the area is their annual migration which starts as far south as the Florida Keys. They are on the hunt for temperate summer waters, spawning grounds, and pods of baitfish to feed them along the way. In this, the coastline along the Grand Strand becomes the backdrop to some of the most exciting tarpon fishing anywhere.

When To Catch Tarpon In Myrtle Beach

The Tarpon migration is a summertime event in Myrtle Beach. The actual times vary year to year, depending on a few factors. It all begins with the winter temps down in the Florida Keys. If that area has a long and cold winter, they can show up here a little later. If it was warm down there, they show up here sooner.

What is happening at the same time is schools of baitfish (in the thousands) also begin swarming along these coastlines. Tarpon know to stick with this food supply along the way. This is why it is very common to see tarpon attacking the surface of the water smashing these baitfish for a quick and easy meal. The same can be said for their return trip in the fall – except on this run they are following the mullet on their southern migratory path.

There are some known months where the tarpon shows up on average. In Myrtle Beach that is the months of June through September. But again, this all depends on the weather and water temps, they can show up sooner and/or stay later (April to October). The peak tarpon fishing months are generally between August and September – this is the height of tarpon activity in Myrtle Beach.

Where To Catch Tarpon In Myrtle Beach

The annual tarpon migration through Myrtle Beach is concentrated along the coast of the Grand Strand, focused on backcountry areas. It is these backcountry (or marsh) areas that house the best opportunity to target and battle tarpon. These areas have shallower depths making spotting easier as well.

However, the biggest contributing factor is that these backcountry systems are estuaries that protect both the tarpon themselves as well as their food supply. In this, congregations of tarpon are better targeted here. 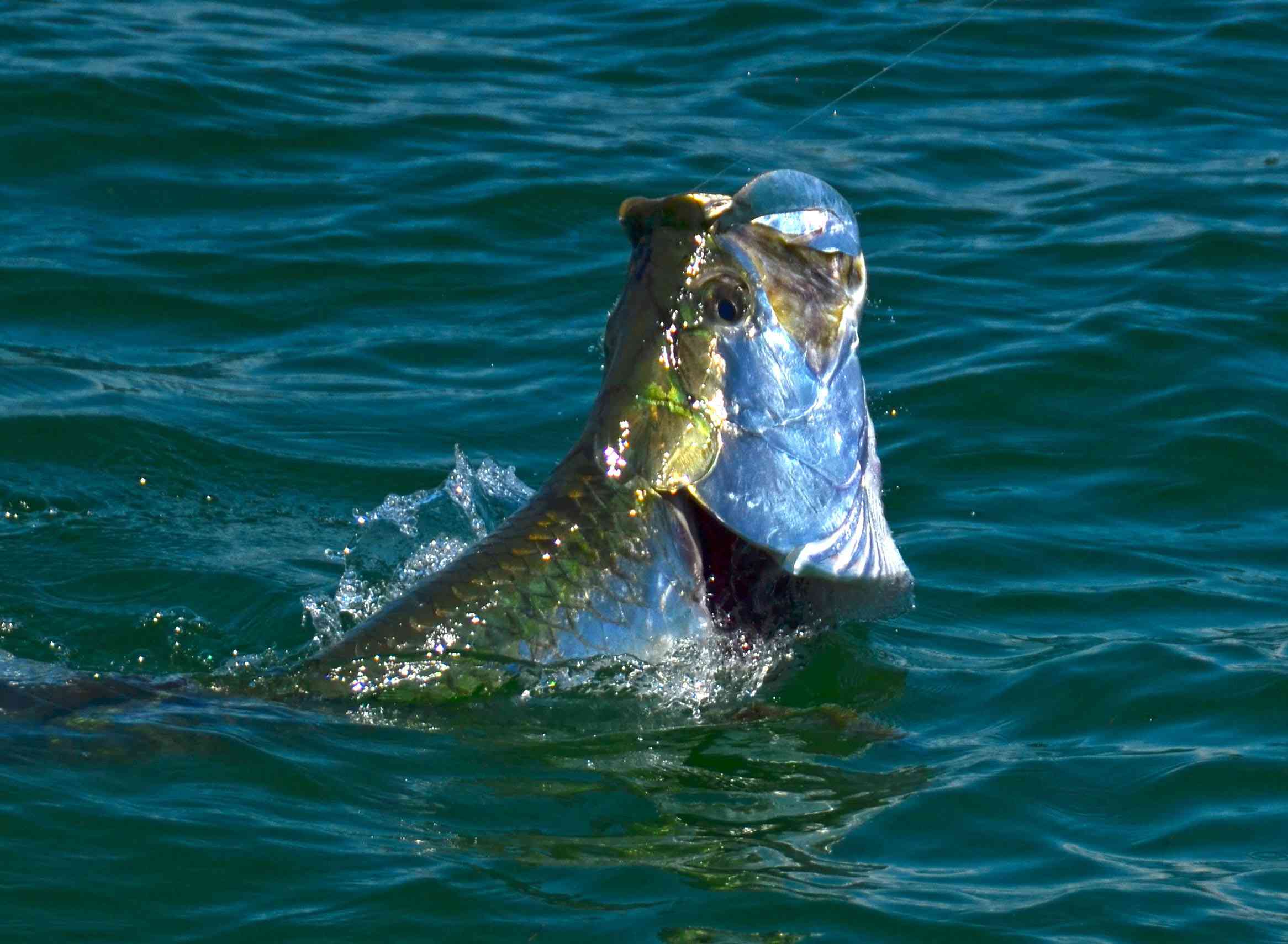 So, where is the best backcountry fishery in Myrtle Beach to go after tarpon? The Winyah Bay watershed and estuary. This is located just south of Myrtle Beach and offers those who venture into this are a unique experience.

While battling a big tarpon may be the goal of the day, why not enjoy the trip as well? Winyah Bay is home to a very diverse ecology that houses a multitude of other gamefish species. Alongside, wildlife viewing, sight-fishing, and a deeper connection with the entire journey also exist in this area. 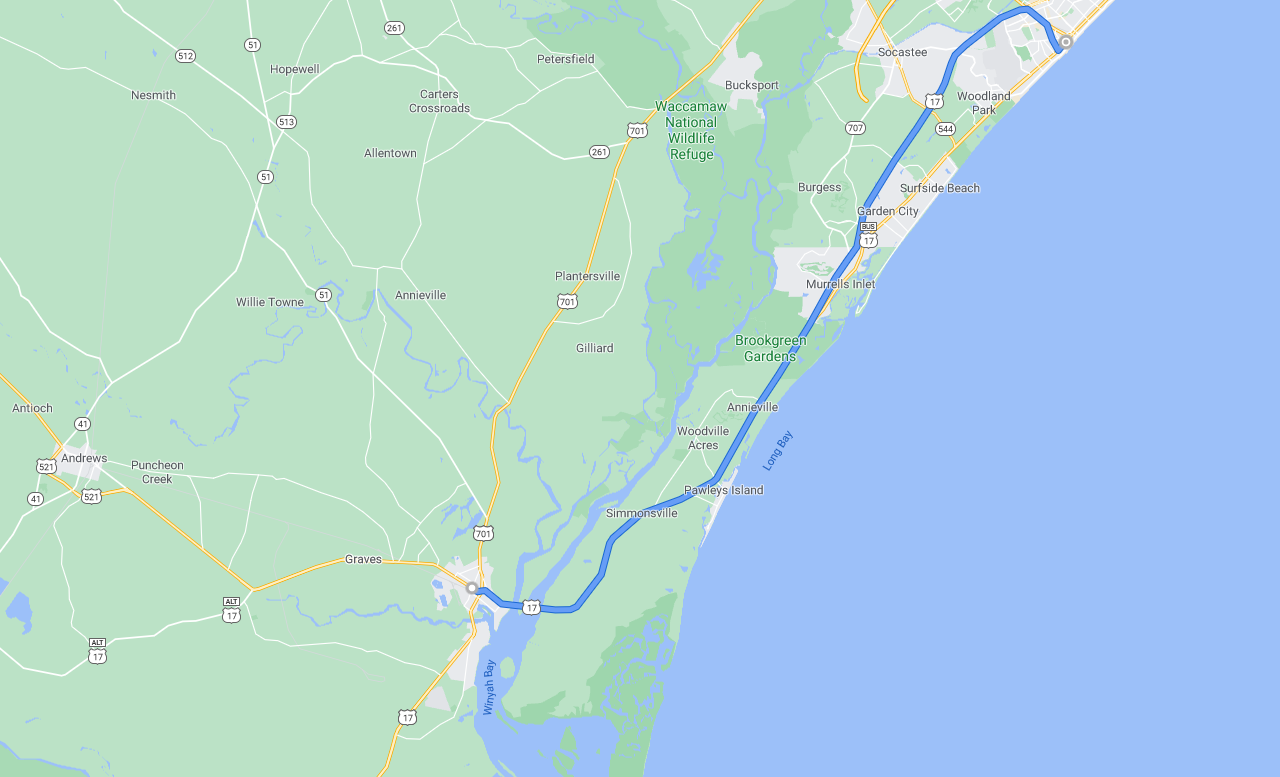 The path to Wynyah Bay from Myrtle Beach. The endpoint (Georgetown) is the best launch location.

South Carolina is one of the few Tarpon fisheries that allows anglers to keep a tarpon. However, this species holds no food value and there are many taxidermy specialists who can create a replica of the prized fish with photos and measurements. In this, this is mainly a catch and release species for those who truly appreciate the journey to land one of these incredible fighters.

As mentioned before, this is also a migratory species. They are sought after along their entire journey in many different locations. What happens in any of these locations affects them all.

In Florida for instance, it is not only illegal to keep a tarpon, it is even illegal to take it out of the water to snap a photo. This is where the migration begins – so what if Florida decided to open an unlimited harvest of the species? You wouldn’t have a run in South Carolina after long. Why this species is so protected in some areas and not others, is a mystery.

To recap, it is this same group of tarpon traveling through all of these areas, offer no food value, and can be immortalized with the help of a taxidermist without killing the fish – it is strongly urged to release this species to keep this special season alive and well for decades to come. 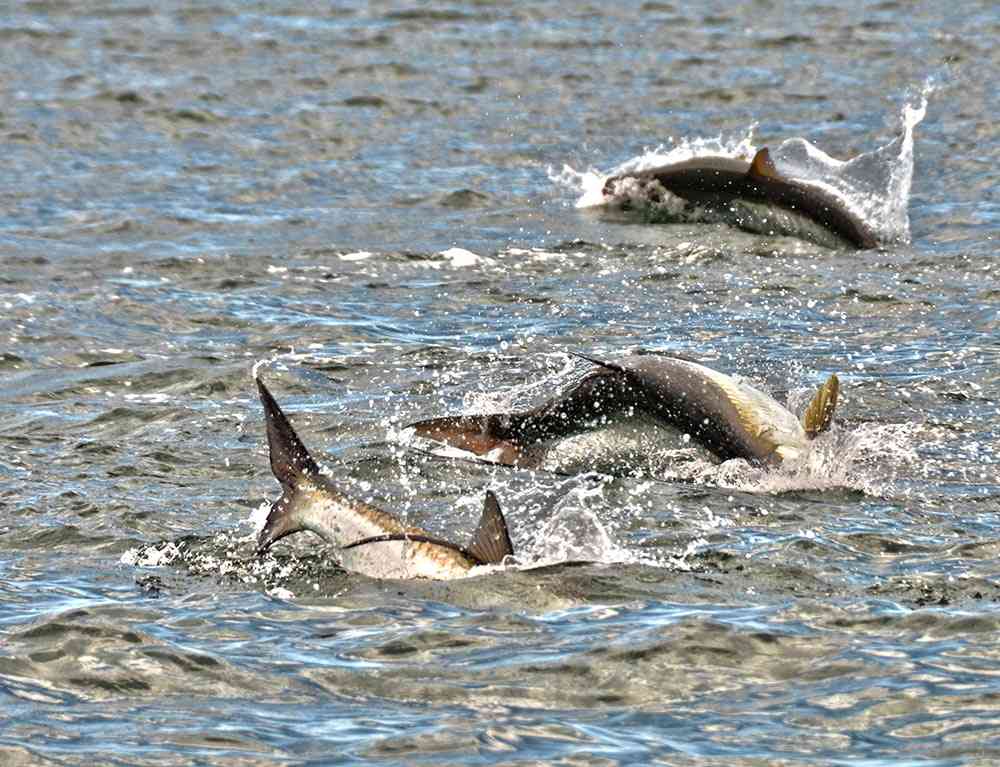 Tarpon are a hard battling species, even when small, but can reach weights of 150lbs in Myrtle Beach. These massive silver beasts launch and spin in the sky, go on hard runs, and can hit the brakes hard enough to test any drag system.

So, when we think of tarpon fishing gear, we think stout, strong, and prepared to handle massive runs and aggressive leaps. There are some anglers who go after tarpon on light gear, and with some success, but this also wears the fish out – making it an easy target for hungry sharks upon release. Between the odds of snapping the leader, running out of line, or putting unnecessary strain on the fish – this method is advised against.

For inshore tarpon fishing, there is a pretty standard setup when it comes to spinning gear. This includes the following:

Fly fishing setups need to think along the same lines as spin tackle. Below we will list the best all-around choices:

If you are visiting the area, do not have access to a boat, or are new to tarpon fishing in Myrtle Beach, hiring a local guide is going to be key. The best guides to look for have a passion for the species and the right equipment on hand to make for an epic day on the water. Be sure to look for a licensed tarpon fishing guide as this will cover all of your legal needs for a day of tarpon fishing as well (fishing license for instance).

The best tarpon fishing charters for Myrtle Beach guests looking for their shot at The Silver King launch out of Georgetown. This is a quick drive into a diverse and active tarpon fishery that is unmatched by its local counterparts. Here at Harvest Moon, Captain R.C. Ferdon is just such a guide who hits all of the marks you should be looking for when trying to find a great Myrtle Beach tarpon fishing charter service.