With summertime underway, we decided to take a moment and go over what you can expect during this season while fishing on Pawleys Island.

Inshore fishing during the summer is one of the best types of fishing, and most popular, along the backwaters of Pawley’s Island and neighboring Winyah Bay. We will look at a few of the top species to target during this time of year.

Redfish are a bottom-feeding species that is one of the most popular along all of the inshore fisheries of the Southeast United States. Specifically known as Red Drum (Sciaenops ocellatus), Redfish are also known as channel bass, puppy drum, spottail bass, or for those that target them regularly, just “red” (example, “We are going to go catch some red’s.” or “I caught a huge red today.”)

Spotted Seatrout are a toothy inshore species known for aggressive bites and tender white meat. They have a spotted pattern down their silvery sides and olive-green backs. Spotted Seatrout (Cynoscion nebulosus) are also known as speckled seatrout, just “seatrout”, or “specks”.

Flounder like water temps in the 70’s, in this, as long as the waters are in that range it is a good time to target flounder. The area is home to a few different species of flounder. These are Southern Flounder, Summer Flounder, and Gulf Flounders.

Large flounders are referred to as “doormats”. This is because they begin to resemble the size of the average doormat when they get very large. Early summer is the best time to find “door-mats”, especially in June when their favorite diet of baitfish begin to populate the backwater areas.

While Spanish Mackerel is a pelagic species of gamefish found along the coastal waters, they run in with the tide to take advantage of all of the baitfish species stacked up inside of inshore areas. It is not uncommon to have a surprise hit by one of these guys when you least expect it.

Tarpon are a summertime experience that shouldn’t be missed. We dedicated an entire section to them below. 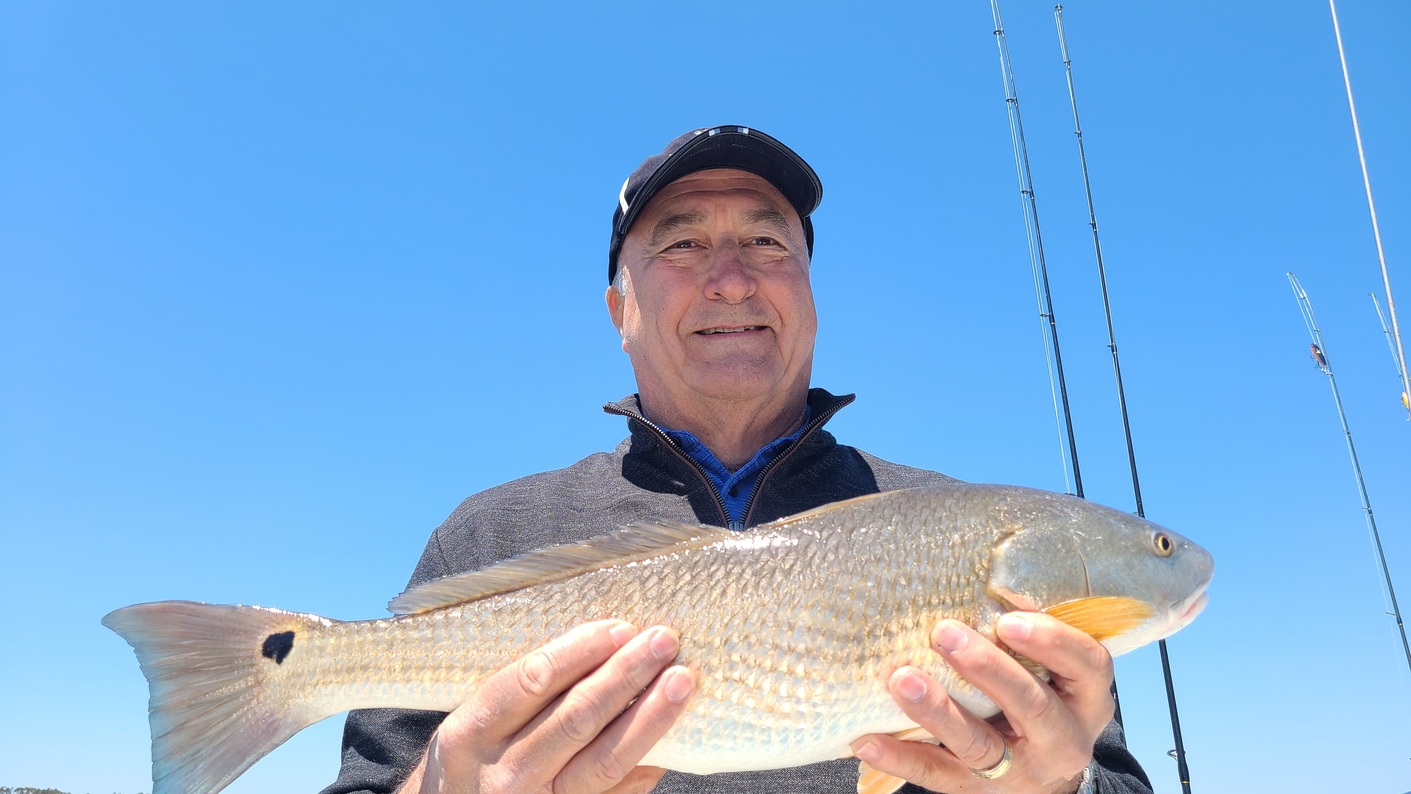 Backcountry fishing out of Pawleys Island is best centered inside of Winyah Bay. This is an inshore estuary/coastal watershed, that has direct feeds to the Atlantic as well as inland freshwater sources. Alongside, mazes of waterways twist along the coastal reed grass, which is packed with shallow water areas as well as deeper channels.

This combination of ecologically diverse habitat and protection brings in schools of baitfish, which, in turn, draw in all of the summer-time inshore species we are looking to target. This is also an excellent environment to “sight fish” your target and get a real feel of the area’s natural resources. 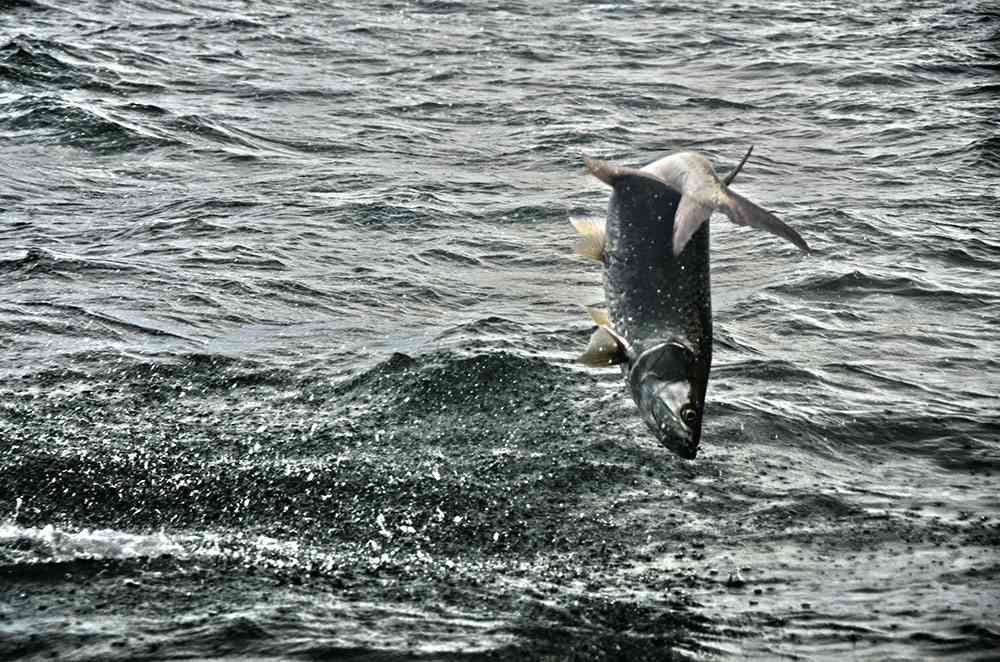 Yes, this. Tarpon! Every year along the coast of South Carolina there is a tarpon migration that heads north in early summer, and then back south as we near fall. This migration is made up of thousands of hungry tarpon looking for a bite to eat. It is during this time of year that anglers line up for their shot at “The Silver King” – while in the inshore waterways of Pawley’s Island and Winyah bay.

Catching tarpon is a fishing experience like no other. Hooking into one of these beasts in shallow water leads to an aggressive and acrobatic battle that will leave your arms tired and memories filled with some of the most epic fishing action one can find in shallow water. 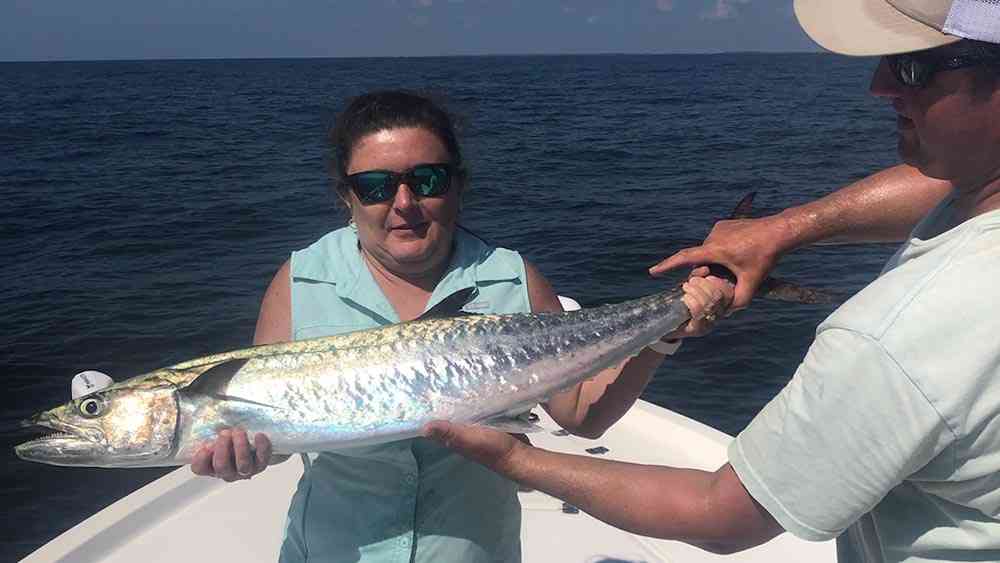 With direct access to the nearshore fishery, Pawley’s Island summer fishing cannot go without this fair mention. Within sight of shore, this area is loaded with reefs and wrecks that house a few summertime favorites for this type of fishing. These include Kingfish, Spanish Mackerel, Snapper, Cobia, Sheephead, Sharks, and more. To learn more about nearshore fishing, visit this page.