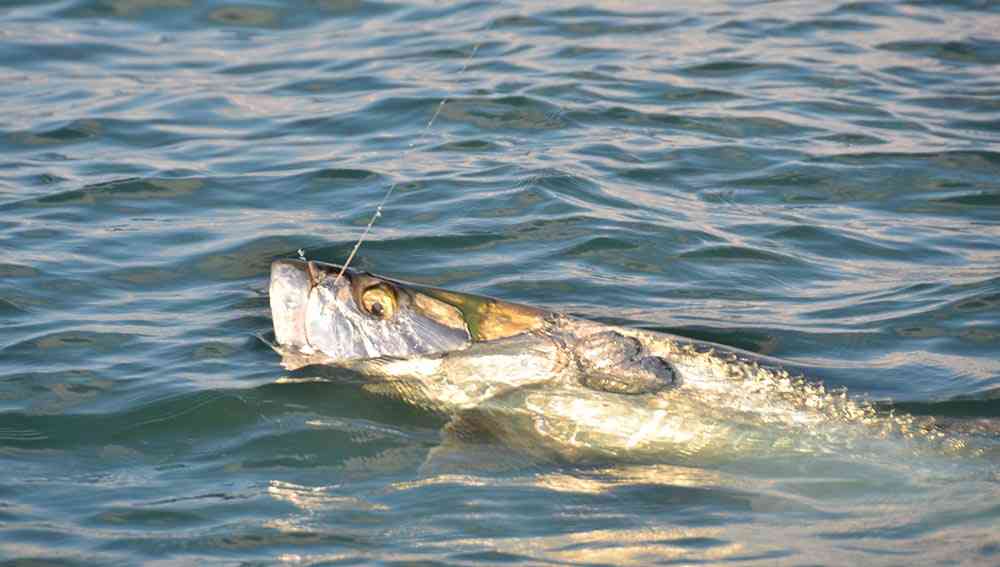 South Carolina’s Winyah Bay is world-famous for its tarpon fishing, and the 2022 season is shaping up to be one of the best yet.

Anglers from all over are already making plans to come and test their skills against these giant fish, but what can you expect if you’re one of them? In this post, we’ll take a look at some of the things you need to know about fishing for tarpon in Winyah Bay.

We’ll also highlight a few hotspots where you’re likely to have the most success. So whether you’re a novice or an experienced angler, read on for everything you need to know about catching tarpon in Winyah Bay!

There are a few reasons why tarpon migrate to Winyah Bay. For one, the bay is incredibly rich in food resources. There are large schools of baitfish that attract tarpon from all over the area. Additionally, the bay offers shelter from strong currents and waves. This is especially important when tarpon are trying to avoid predators. Lastly, the water temperatures in the bay are relatively stable throughout the year, which is ideal for tarpon.

Winyah Bay is located on the Atlantic coast of South Carolina, and it’s known for its large population of migratory tarpon. The bay covers about 9 miles of coastline, and it’s connected to the ocean by a series of inlets. This makes it the perfect place for tarpon to congregate, and they can be found here in large numbers from May through October.

The best time to fish for tarpon in Winyah Bay is during the summer months when the water is warm and the fish are active. However, you can still have success if you come during other times of the year. The key is to fish during periods of high tide when the tarpon are more likely to be feeding near the surface.

There are a few different hotspots where you’re likely to have the most success when fishing for tarpon in Winyah Bay. One of the most popular spots is near the mouth of the bay, where the water is deep and there’s a good amount of baitfish. Another good spot is around Pawleys Island, where there are several shallow sandbars that attract tarpon. Finally, don’t forget to try your luck near the jetties at Georgetown, as this is another prime location for tarpon.

When it comes to tackle, you’ll want to use something that’s strong enough to handle a fish that can weigh up to 200 pounds. A conventional reel with a 20-30 pound test line is a good choice. As for bait, live crabs and mullet are always a good bet, but you can also use lures if you prefer.

The most important thing to remember when fishing for tarpon in Winyah Bay is to be patient. These fish can be elusive, and it may take a while to get a bite. But when you finally hook into one of these giants, the fight will be well worth the wait!

As any experienced angler knows, fishing is more than just dropping a line in the water and waiting for a fish to bite. It requires knowledge of the local area, an understanding of the habits of different fish, and the ability to know when and where to find them. That’s why, if you’re looking to catch a tarpon in Winyah Bay, it’s a good idea to hire a local guide.

A guide who knows the area will be able to take you to the best spots for tarpon fishing, and they’ll also have the expertise to teach you how to fish effectively for this elusive fish. So if you want to increase your chances of success on your next fishing trip, be sure to hire a local guide.

Looking for the ultimate South Carolina fishing experience? Look no further than Harvest Moon Tarpon Fishing Charters. Our experienced captain will take you to where the tarpon are biting, and help you reel in one of these impressive fish.

Whether you’re a beginner or an experienced angler, we’ll provide you with everything you need to make your trip a success. So come join us for some spectacular fishing action – book your trip today!