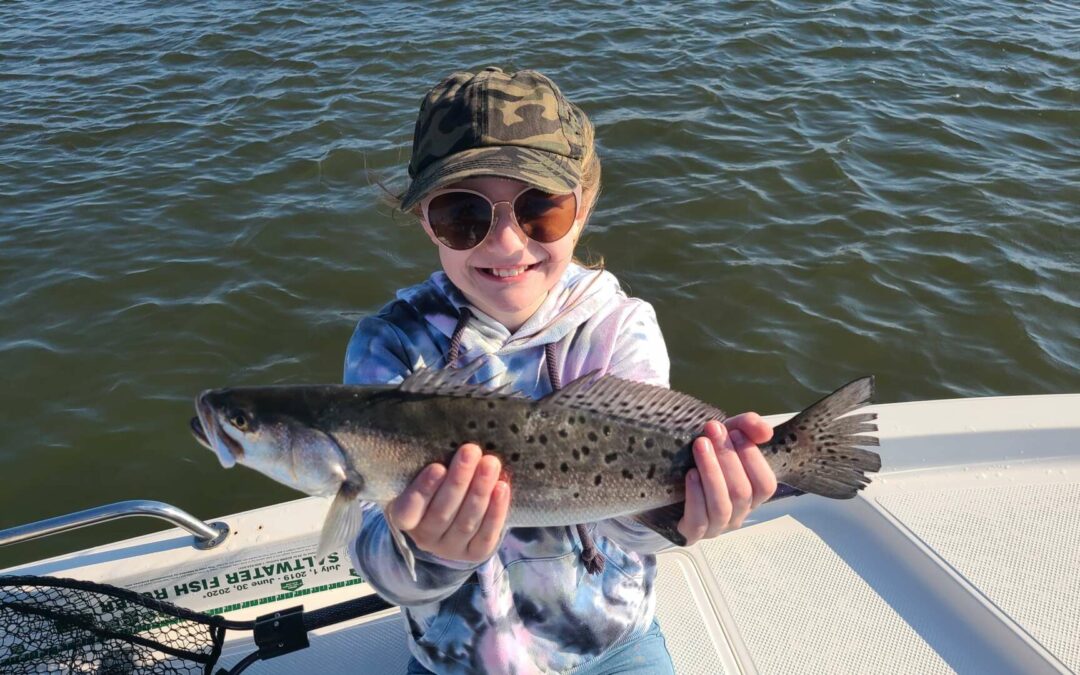 There’s something about fishing for trout that just gets anglers excited. Maybe it’s the fight they put up when hooked, or maybe it’s the fact that they’re just so darn good to eat. Whatever the reason, trout are one of the most popular fish to target.

Spotted seatrout, also known as speckled trout or simply “specks”, are a saltwater fish found in the southern United States. They’re named for the spots that cover their entire body, and they’re a popular target for both recreational and commercial fishermen. But while most speckled trout only grow to be a few pounds at most, gator trout are in a class of their own. These massive fish can be over 30 inches long!

What Makes A Speckled Trout a Gator Trout

So what makes a spotted seatrout a gator trout? Well, This is a topic with endless answers from endless people, but the general understanding is that “Gator” trout are speckled trout that are comparatively goliaths to their average-sized counterparts.

There are even those who argue that the term only applies to fish that have been trophy-sized and weighed on certified scales. No matter the criterion, one thing is certain: gator trout are not your average catch. These fish are prized by anglers for their size and strength, and they often put up quite a fight before being subdued. For many fishermen, landing a gator trout is the ultimate prize. 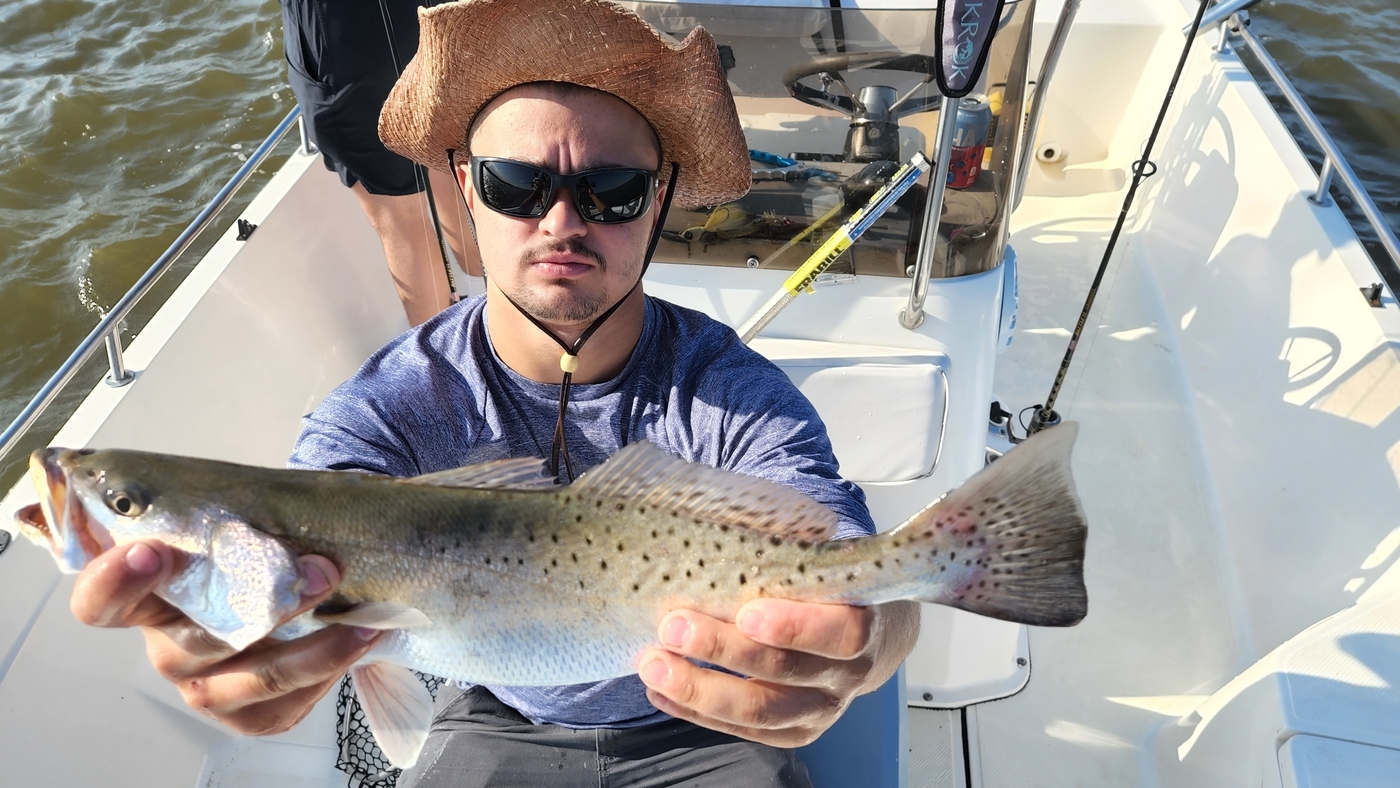 It varies from location, but the length is the mechanic used to classify this fish as a gator or not. Some will say 25 inches or greater make a gator but some may also have even higher standards for fish, 27 or even 30 inches.

Where to Catch Gator Trout

If you’re looking for a great fishing spot, you can’t go wrong with Winyah Bay. Located in South Carolina, this body of water is teeming with fish, including these “Gator” trout. These trout are known for their large size, so if you’re hoping to catch a big one, Winyah Bay is the place to go, and your best bet is to fish on a boat that can take you to the best fishing locations.

The waters of Winyah Bay and the surrounding area are world-renowned for their fishing. The shallow waters are teeming with a variety of fish, making them a popular destination for both recreational and commercial fishermen. 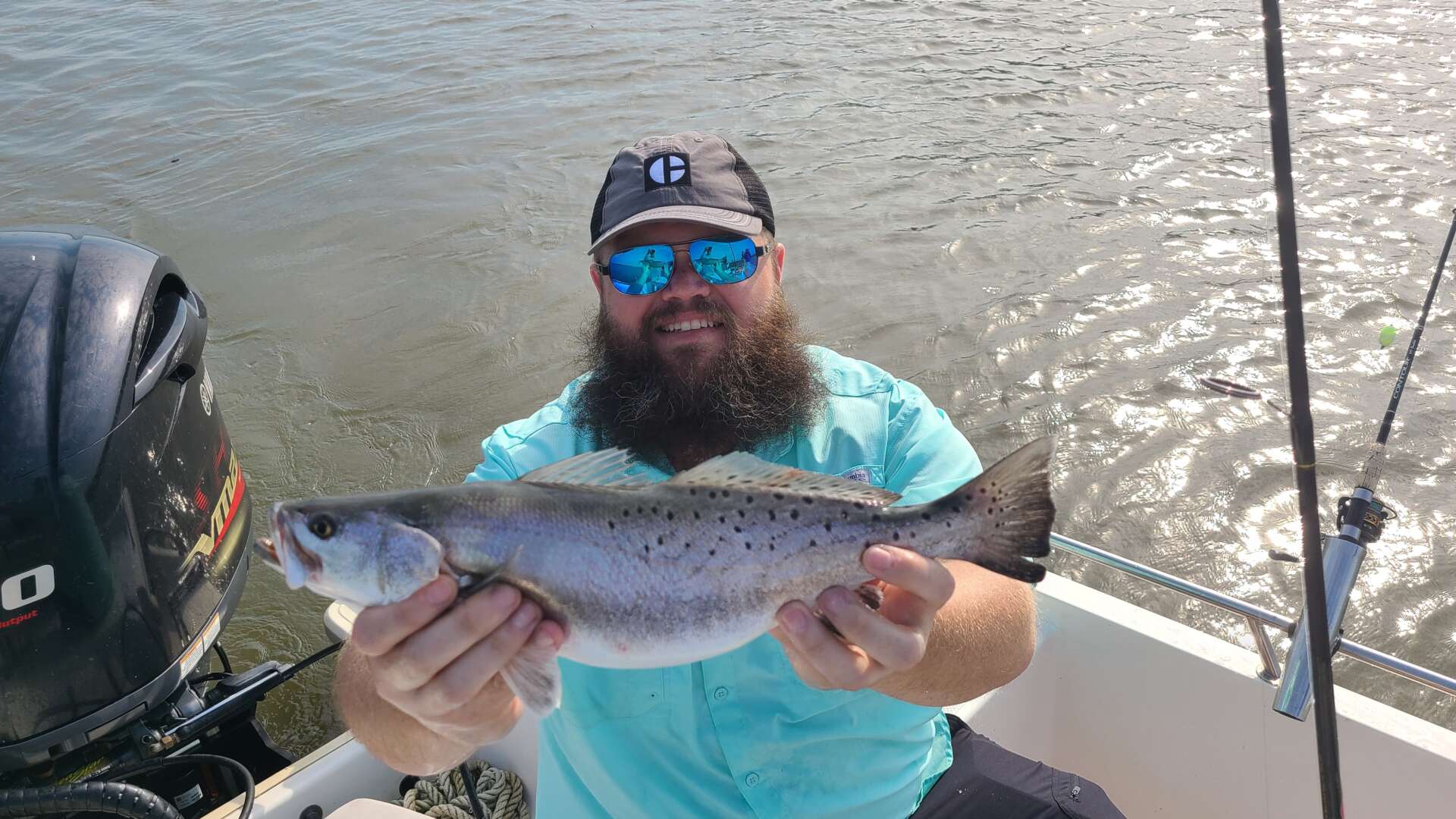 The bay is a great location to fish, but if you don’t have a boat, and maybe also don’t exactly know what you’re up to, a fishing charter may be the way to go. In addition to being a great place to fish, the bay is also beautiful, with its sandstone cliffs, live oak trees, and Spanish moss. Whether you’re looking for a great place to fish or just a beautiful place to relax, Winyah Bay is sure to please.

The next time you go fishing, keep an eye out for those big ones. They might just be gator trout! These massive fish are prized by anglers all over for their size and fighting ability. So if you think you’ve got what it takes to land one of these lunkers, go out and give it your best shot. Book your trip today with Harvest Moon! Who knows, you might catch one of these monsters.